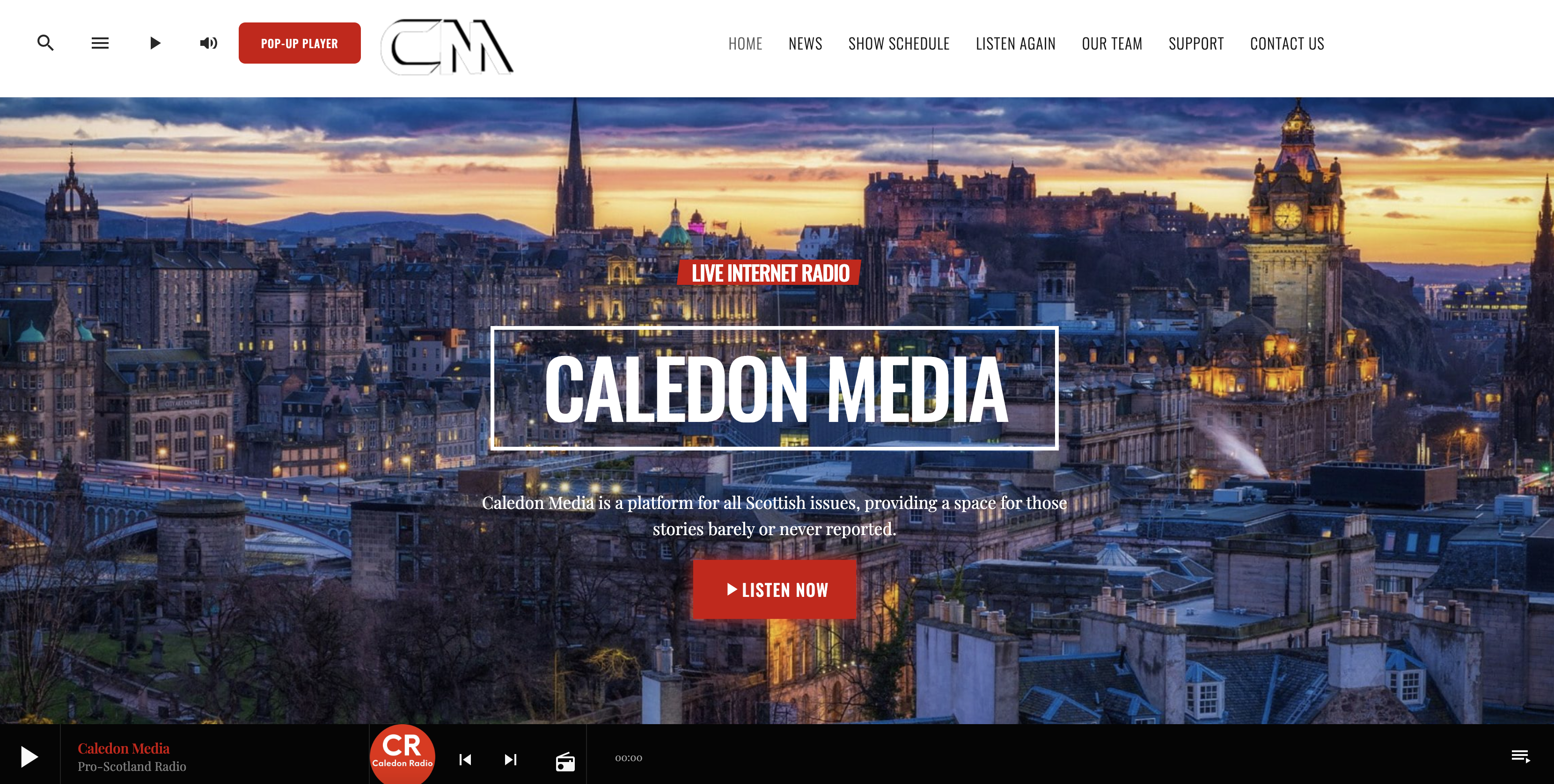 Online radio stations are becoming more popular, with set-up and running costs relatively low, certainly in comparison to traditional digital radio. In 2019, TuneIn – one of the largest radio streaming apps – had over 100,000 radio stations listed in its directory.

Caledon Media was a new online radio station. Broadcasting commenced in 2020 with an iOS & Android app developed by ourselves. A mix of political, sport, topical & music shows all with a positive Scottish outlook. The station had a website up and running but was complex to administrate and cumbersome to use. We were commissioned to create a brand new website that was visually appealing and simple to use.

WordPress was selected as the Content Management System to use because it already had a lot of the features that were required and there would be a large cost saving to be had by purchasing a ready-made theme and amending it, rather than designing something ourselves from the ground-up. A theme was sourced that was specifically designed for online radio stations to use

Caledon Media used a vivid red in its logo so we ensured that was used throughout the website on everything from buttons to section headers. A picturesque image of Edinburgh was used as a backdrop for the hero area of the main page as well as in the background for all the shows that were airing on the station.

Each area of the site was uniquely styled to make visitors enjoy browsing the stations categories.

Development was done at a rapid pace as Caledon Media were crowdfunding at the time we were commissioned and wanted the website available to provide a boost to potential funding.

WordPress and a pre-built theme was selected as the best route for development due to timescales and budget. We sourced a number of plugins to help the website function, including installing Cloudflare to protect against DDOS attacks, something that a few pro-independence website were experiencing at the time.

The schedule area was used in the upgraded mobile apps we were also tasked with completing. Both the website and apps were in sync with each other for the first time, meaning there was less maintenance for Caledon Media to carry out each week.