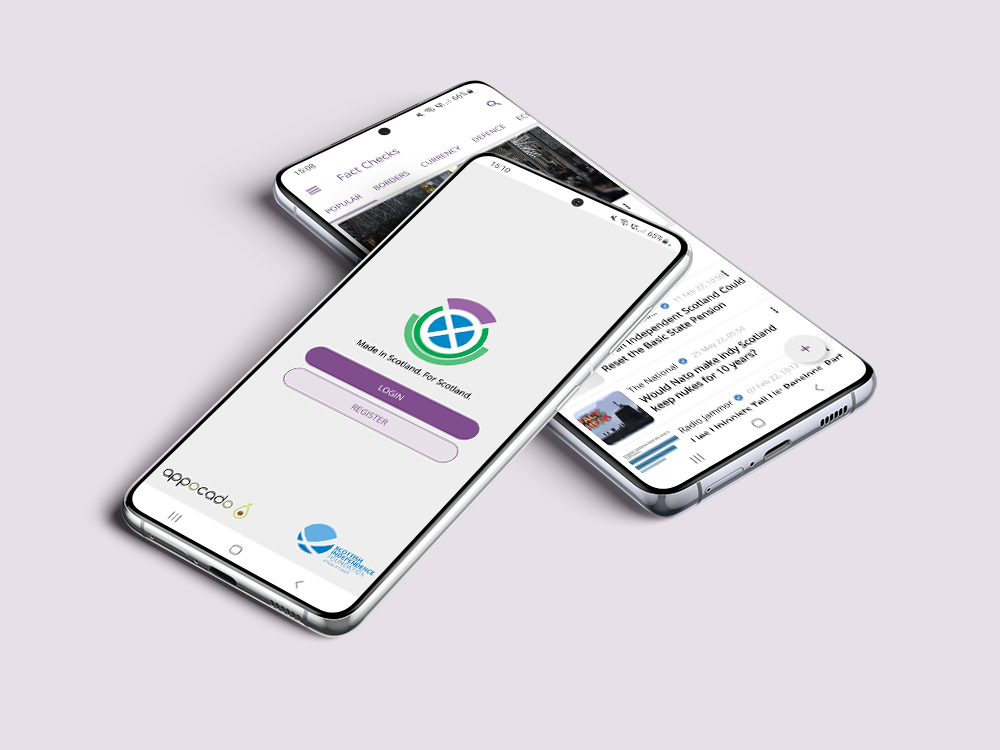 Since the Scottish Independence Referendum in 2014 Scotland has enjoyed a renewed sense of self, becoming more engaged with politics and is more aware of what is happening and how decisions are being made in the country. As part of this increased quest for knowledge there have been a number of “new media” platforms sprouting up online. These include The National newspaper (Scotland’s only pro-independence paper), however there was no mobile app available that brought all of this information together.

After the result of the 2014 referendum was announced, those that previously voted Yes vowed to continue to campaign for independence. Those that produced articles, videos, livestreams & podcasts continued to do so, and a new era of Citizen Journalism was born.

Regularly visiting all of these websites became a time-consuming task , with some would not be updated as often as others. The Hub was introduced to help with that. Therefor The Hub needed the following:

The design of The Hub was done in-house, inspired by a combination of both Twitter and Facebook and was required to closely match the design of the website as much as possible.

The Hub uses an API to retrieve information from the database, returned in JSON form. At the time this appwas being developed, we decided it would be beneficial to improve the API – firstly because there was a lot of new information we needed to return, and secondly to improve the speed at which results were returned.

The majority of each area was styled the same, with subtle differences added depending on the content. For example, fundraisers would show how much money had been raised, whereas events would show the time and date of the event itself.

There are differences between the app and the website version of The Hub. The mobile apps come with push notifications on both iOS and Android. This uses a non-intrusive opt-in system similar to Youtube where you first subscribe to a group (this shows latest content on your “Timeline” and a “notify” option that will send notifications to your device whenever you want to be told instantly when something new is posted by a specific group.

The other difference is allowing users to livestream direct from The Hub. This uses a third party for the encoding of the stream as well as handling the output to potentially thousands of viewers. We looked at how Youtube simplifies it’s Youtube Live offering on mobiles by asking for a stream title and if you want to notify followers of your account. This would allow anyone to be able to livestream in seconds.

A bespoke analytics system was developed at the end of 2021 to anonymously track user engagement across the platform. This has resulted in over 6,000,000 user-interactions, allowing The Hub to tailor content more accurately.

In 2022, Google Admob was integrated into the app to show ads for users, with Google In-app billing also integrated to offer an ad-free option.