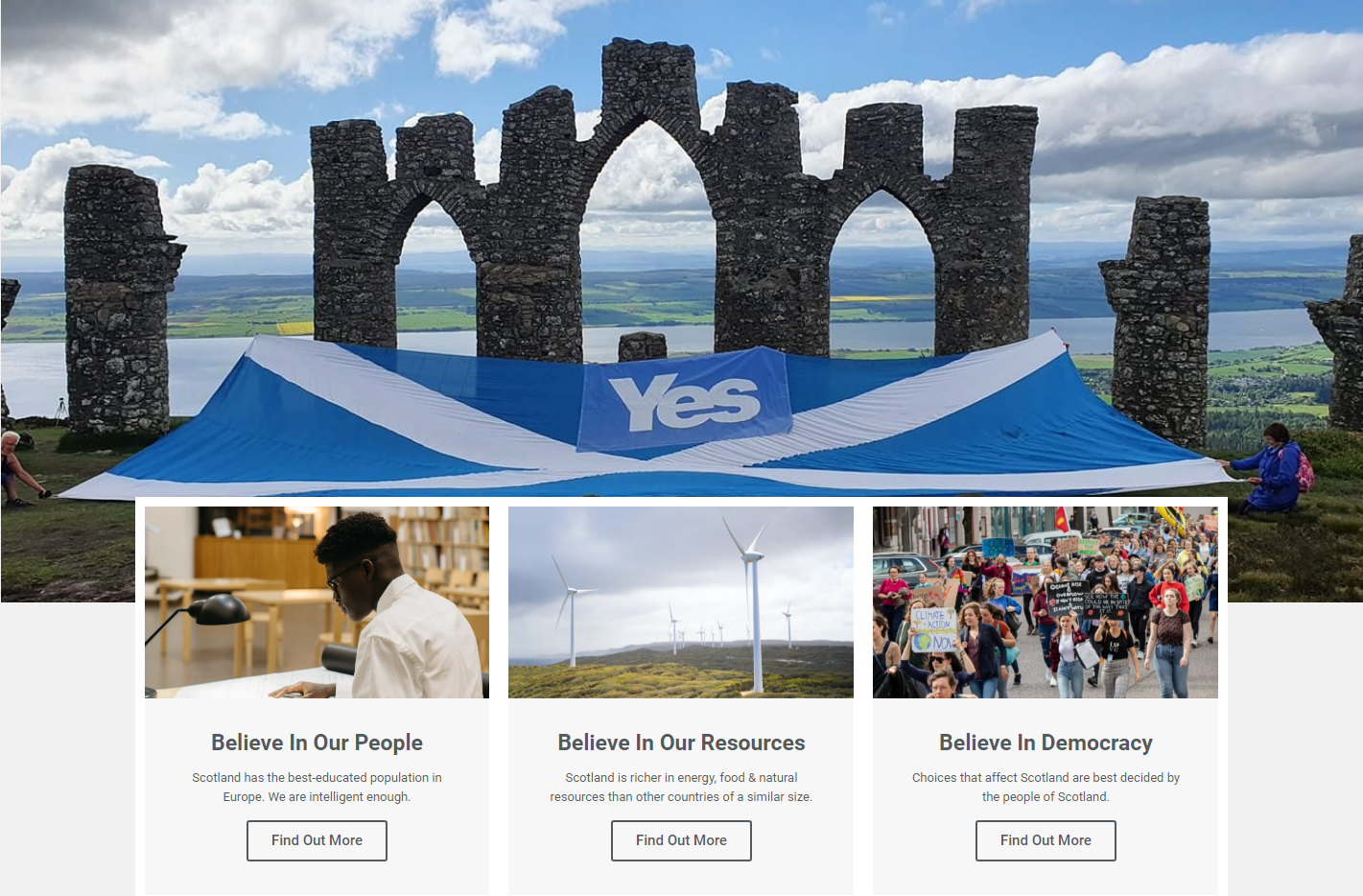 With a referendum on Scottish Independence scheduled to take place in 2023, regional groups advocating for a “Yes” vote have been looking at their online presence to help present the positive arguments for Scotland becoming a sovereign nation.

Yes Ross Sutherland’s old website was due to be replaced and was taken offline in preparation for a revamp. The brief was to provide an area for people to find out about the group as well as a way for those visitors to be able to support campaigning efforts by making monetary donations.

The previous version of the YRS website used WordPress so the decision was made to continue with the same content management system due to familiarity with it. Research into finding a pre-made theme for the group didn’t return anything that felt like the right fit, so instead a custom theme was created using Elementor.

The Upcoming Events block on the homepage and the Events page itself utilised work we had previously done on The Hub, whereby some code can be embedded on a webpage and will be automatically updated whenever new events are added.

The Donations page was made up of custom Paypal buttons, almost a dozen individually created for maximum customisation of donation amounts. Small blocks of text were added to explain what the money will be spent on.

As well as design work, three original articles were written by ourselves that explained the benefits of Scottish Independence. A 3 part series called “Believe In:” focused on people, resources & democracy.